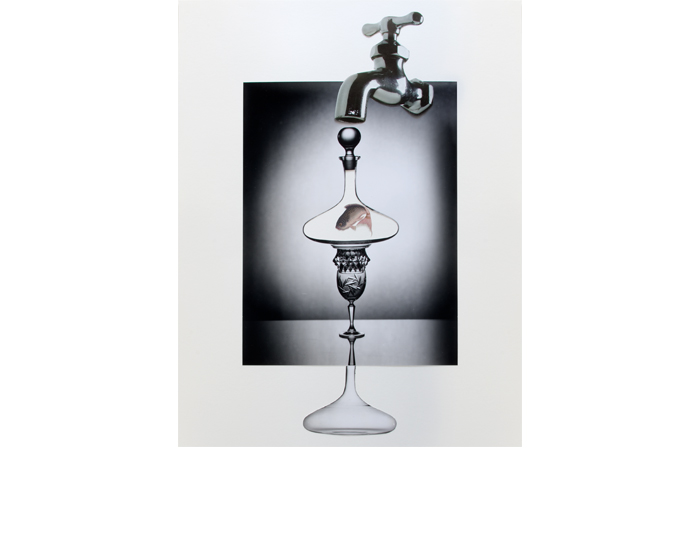 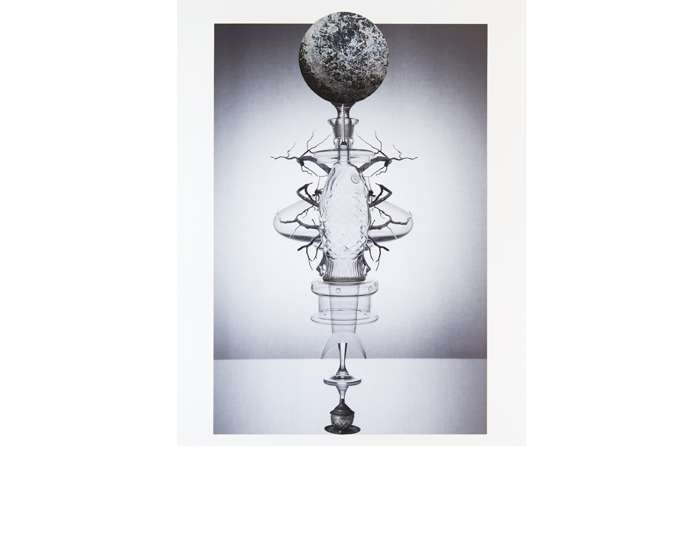 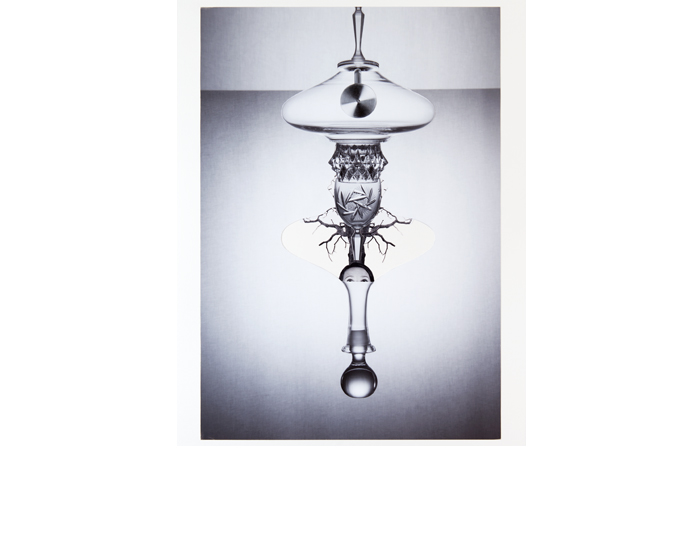 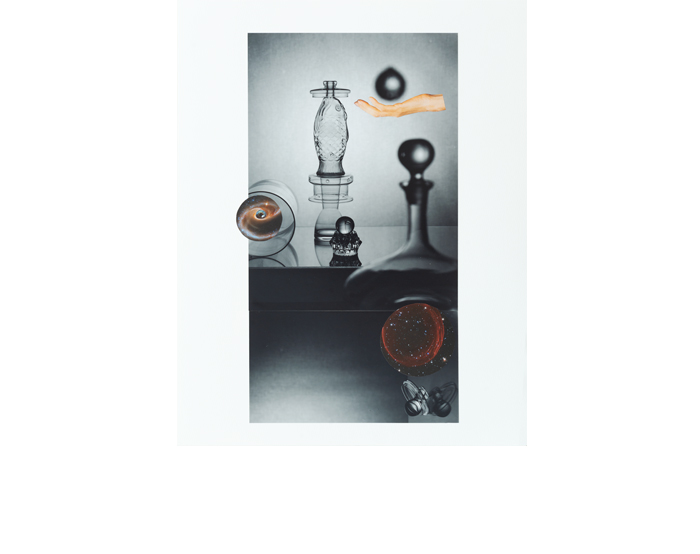 English: This collage series for “der/die/das Fremde “originates from a fascination for the moon. I recently read an article about the backside of the moon and that made me think. We don’t seem to know exactly what is on this side and aren’t able to see it from Earth. We experience the moon almost every day, but only from one side. The moon orbits the earth within about 29.5 days – but it also turns around its own axis at the same time, in the same direction and speed. This is why the same side of the moon is always shown to the earth. For us Earthlings, only one half of the moon is visible, so we experience a bright (visible) and a dark (invisible) side of the moon.

We do now know, by means of technique, what this side looks like. In 1959, the Soviet lunar probe Lunik 3 delivered the first grainy images from the backside of the moon. The use of modern explorers has greatly improved image quality since then, and NASA released a high-resolution photo of the lunar back in 2010. In addition, on January 3, 2019 for the first time, a Chinese Chang’e-4 spacecraft landed on the backside of the moon. China plans to have a lunar base, a manned space station, and a Mars vehicle in the future. The exact intentions of China are not clear.

Despite technical developments, progression and expansion of our knowledge, ‘The dark side of the moon’ is the subject of numerous theories and supposed secrets. The analysis of moon photos is also being questioned.

The moon always had a mysterious and obviously an unreachable effect on me. I also find the moon interesting because it affects various natural processes on earth, such as the tides and the quality of our harvest. In addition, the moon has a stabilizing effect on the earth. After watching the lunar eclipse live in 2018, I realized that the role of the moon is not as ‘invisible’ as we might think.

This has raised the following questions: How well do we know our cosmos, our origin and ourselves? What happens when fundamental processes in life change, become destroyed, or are being influenced by others? We like to hide ourselves behind our comfortable daily lives and often have no time or desire to really think about important and fundamental issues that affect our knowledge of us as a human being? In how far are we strangers to ourselves?