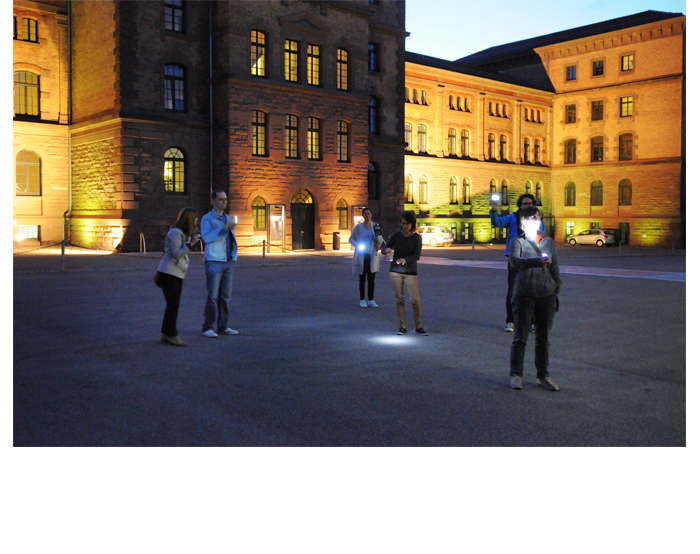 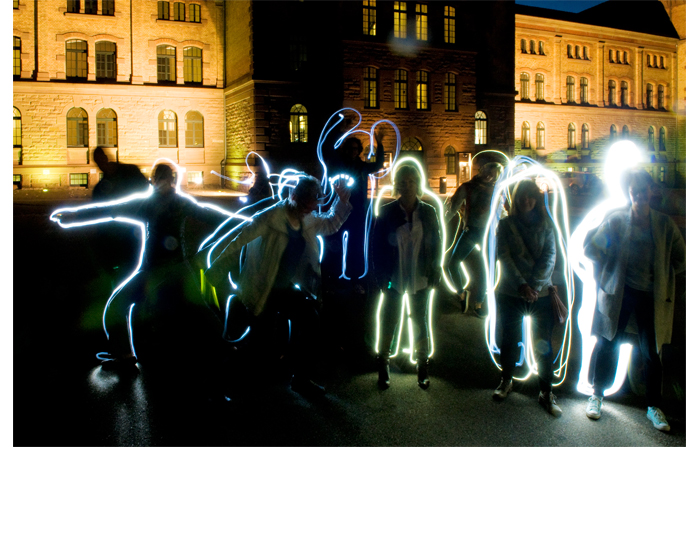 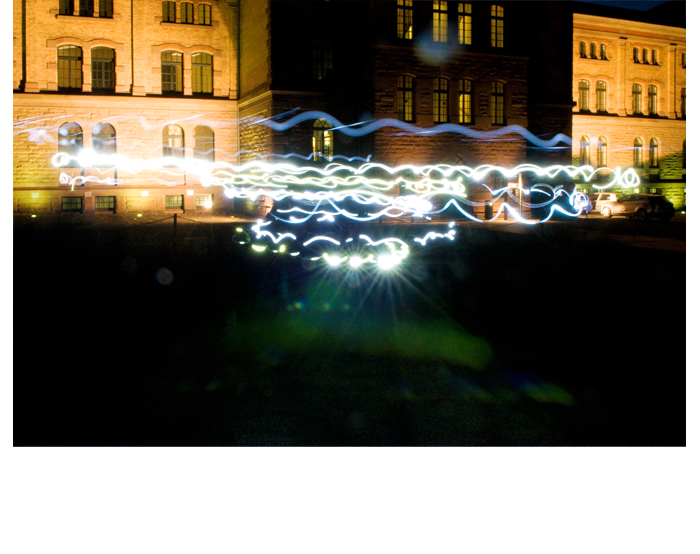 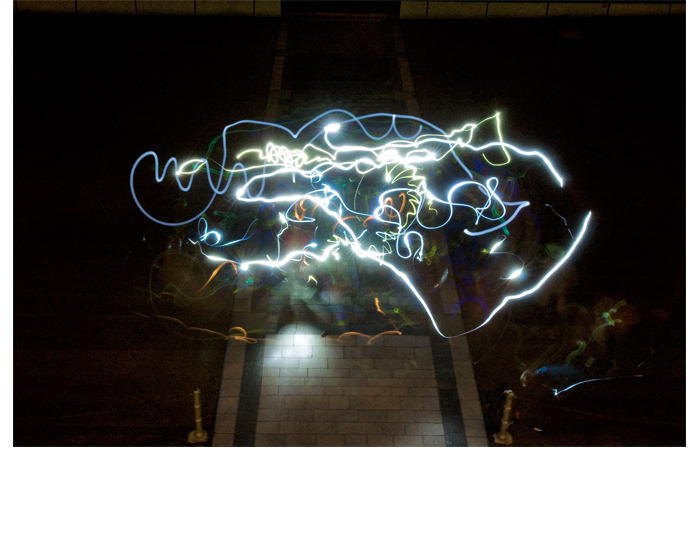 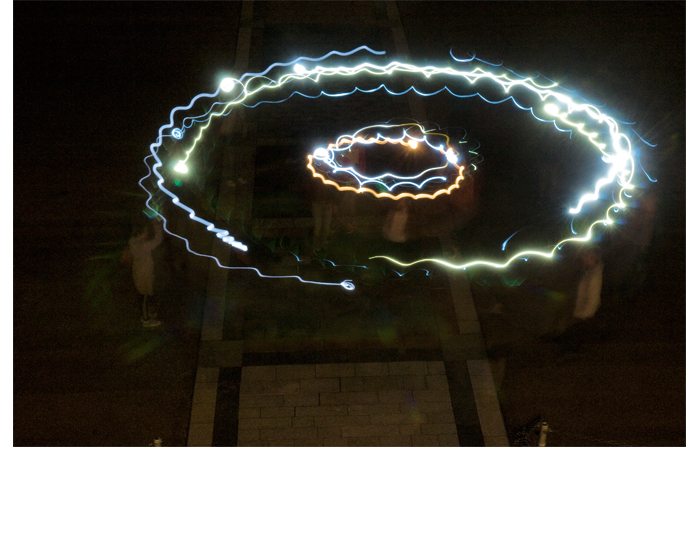 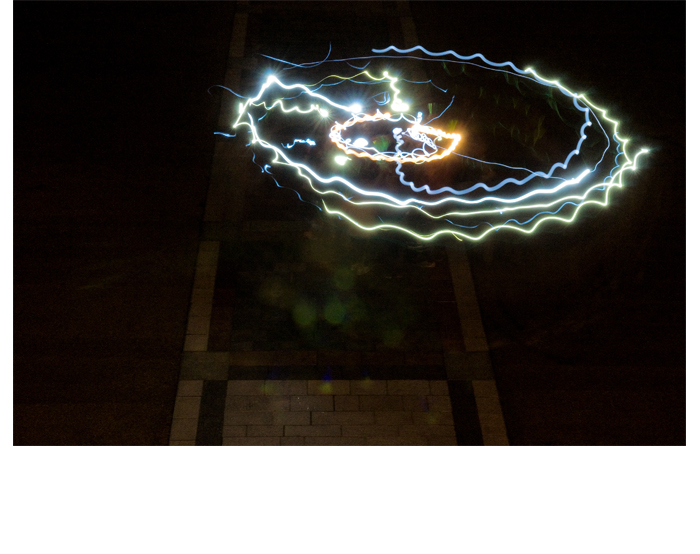 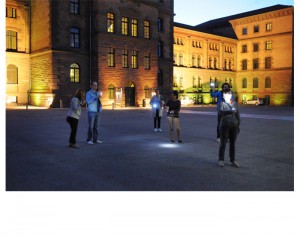 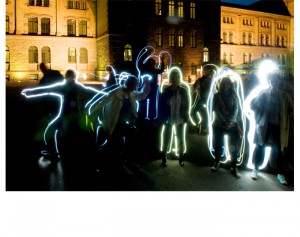 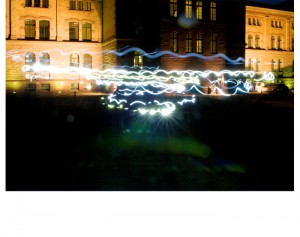 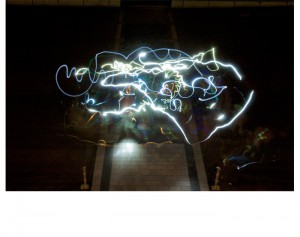 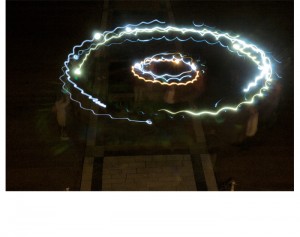 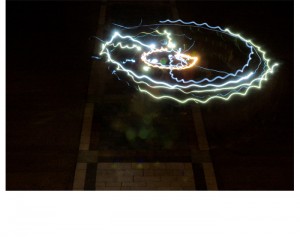 As part of the bundesweiten Tag der Kultur- und Kreativwirtschaft, Maartje Ansems and Anke Wiest organised a Fotoflashmob. A flashmob is a short, surprising action that spontaneously takes place in a public place with a group of people who have agreed to this in advance. This flashmob took place in the courtyard of the Film- und Medienzentrum in Ludwigsburg. The motto for the action was ‘creative together’.

The actual action consisted of making a lightpainting together. All participants had a flashlight or other light source with them and moved over the square with this light source on indications from Anke. These movements were captured by Maartje with her camera. The interesting thing about the lightpainting technique is that by shooting with a longer shutter speed, you can capture the movements of the light sources as a smooth line in the form of light stripes on image. The people who have the light sources in their hand are not or less visible because they are photographed at dusk and they themselves are not highlighted by their lamps, which they point at the camera. In this way, movement patterns can be made visible. Each participant contributed to the image due to the color and ferocity of his or her light source and the specific movements he or she made.